The following samples are for solution-level documentation covering both hardware and software components and procedures.

As part of the software release team, I documented and delivered content published to the software depot download page. This program requires new documentation delivery every two to three weeks.

This is a page from the Important Notes section outlining supported firmware, firmware features, and any firmware level alerts. I created the content in our authoring database to ensure consistency. Once approved, it's exported to HTML and submitted to the supply chain group.

This print deliverable provides a high-level overview of the process to install and configure HPE Synergy hardware and software. The content was developed with input from the core team, field engineers, sales enablement, and the R&D group. I validated the steps by participating in a setup and configuration walkthrough. 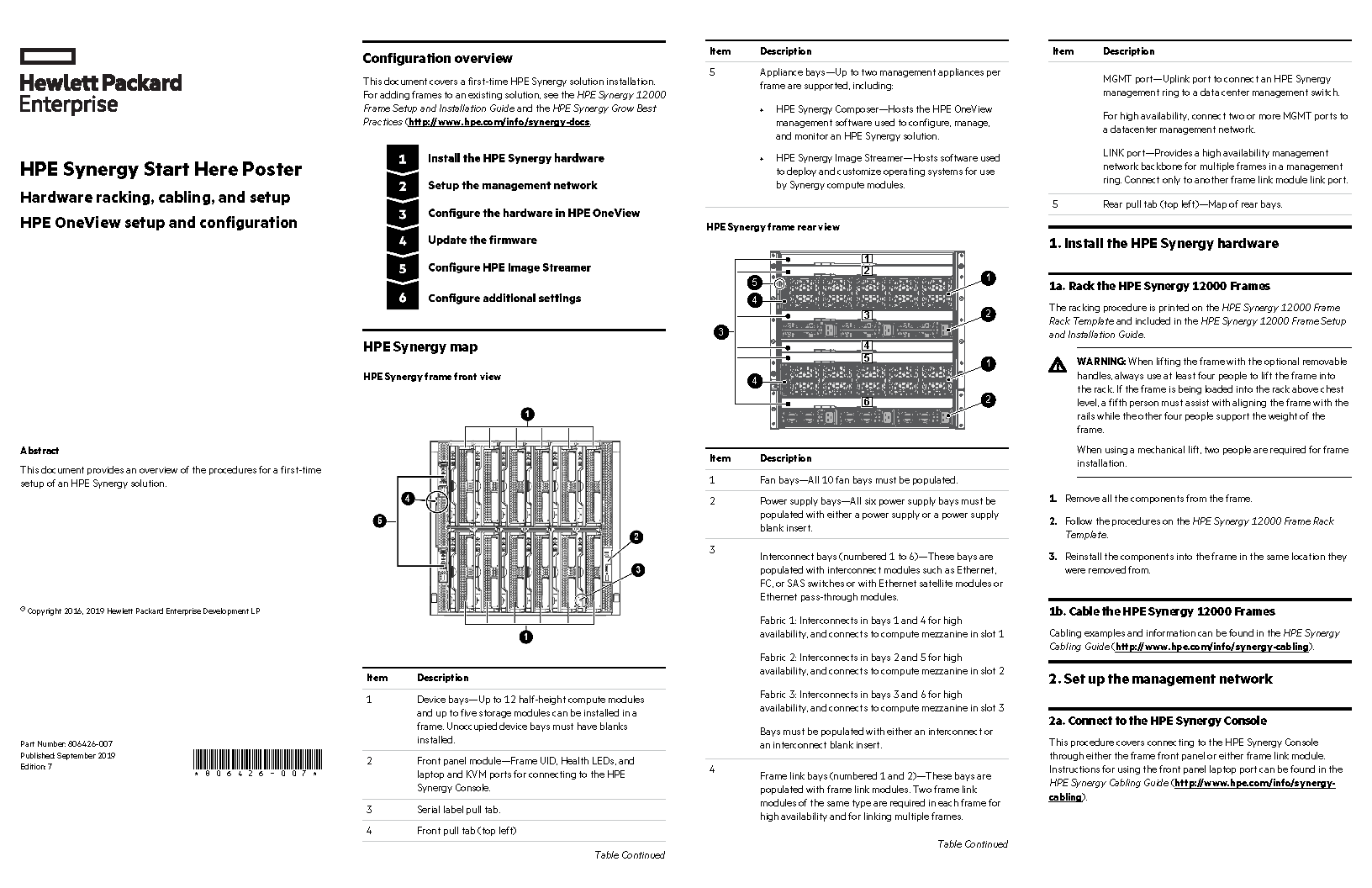 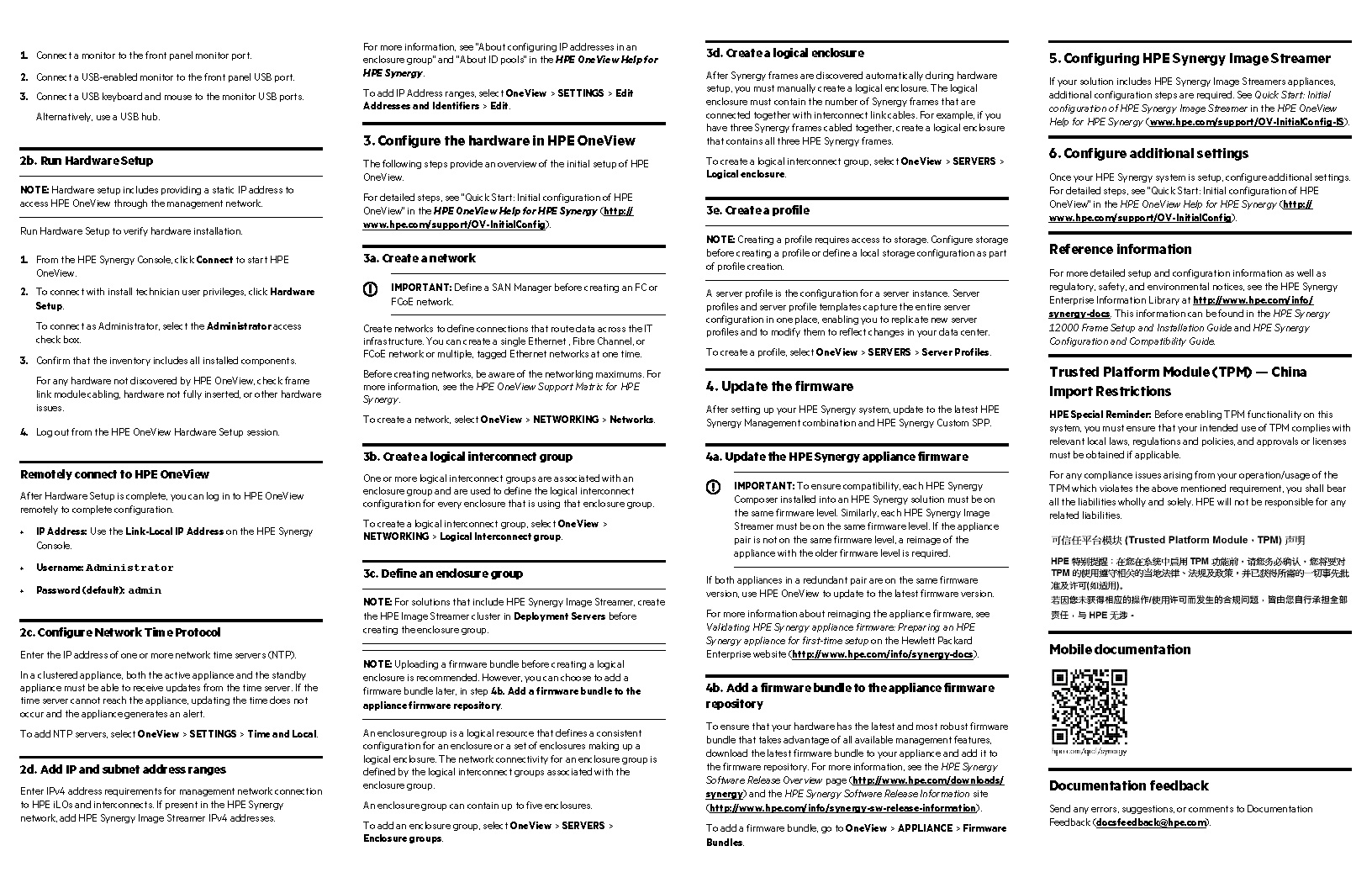 The poster is intentionally displayed in low quality as this is a print deliverable and not posted to the web.

Here are a few topics from the poster:

# 3. Configure the hardware in HPE OneView

The following steps provide an overview of the initial setup of HPE OneView. For detailed setup instructions, see "Quick Start: Initial configuration of HPE OneView" in the HPE OneView Help for HPE Synergy.

Define a SAN Manager before creating an FC or FCoE network.

Create networks to define connections that route data across the IT infrastructure. You can create a single Ethernet, Fibre Channel, or FCoE network or create multiple tagged Ethernet networks at one time. Before creating networks, be aware of the networking maximums. For more information, see the HPE OneView Support Matrix for HPE Synergy.

# 3b. Create a logical interconnect group

For solutions that include HPE Synergy Image Streamer, create the HPE Image Streamer cluster in Deployment Servers before creating the enclosure group.

An enclosure group can contain up to five enclosures.