The Synergy software team approached my PM and me hoping we could help them solve a problem. HPE Synergy was still a new product, but the software release cadence was causing the information to become difficult to maintain and deliver to customers.

The information the team provided to customers included the software and firmware combinations released in each update package. Due to the potential downtime updating a system causes, customers needed to carefully plan out updates and decide if they were even necessary.

The team collected the software and firmware information in an Excel spreadsheet. When they approached us, they planned to provide customers with their spreadsheet. Of course, we recoiled at the thought. As the documentation team, we were absolutely to find a documentation solution.

Knowing a bit about JavaScript and what's possible on the web, I presented the idea that we could hide all but one column of data to reduce cognitive load. In our initial discussion, the team approved this plan.

Before started work, I:

We met with the Synergy team to discuss customer pain points and to understand how we could support the customer's needs.

Based on our research, we proposed:

The Synergy team agreed that this was a good strategy, so we moved forward with the project.

To put the tool together, I researched the JavaScript code required to hide columns in a table. From there, I entered the information software version information into our CCMS.

I'm not much of a coder, but I was able to get the site working just before our first meeting with the team. Luckily, we were near summer, so I was able to work with one of our interns to implement the remaining code and help streamline the code I'd put together.

Eventually, we had a functional prototype with all of the functions we'd promised the team. They were eager to launch the new tool so we prepared it for the next software launch.

Before leaving HPE, I developed documentation and training so the team could update and maintain the tool.

When the page displays, only the latest software package is shown. 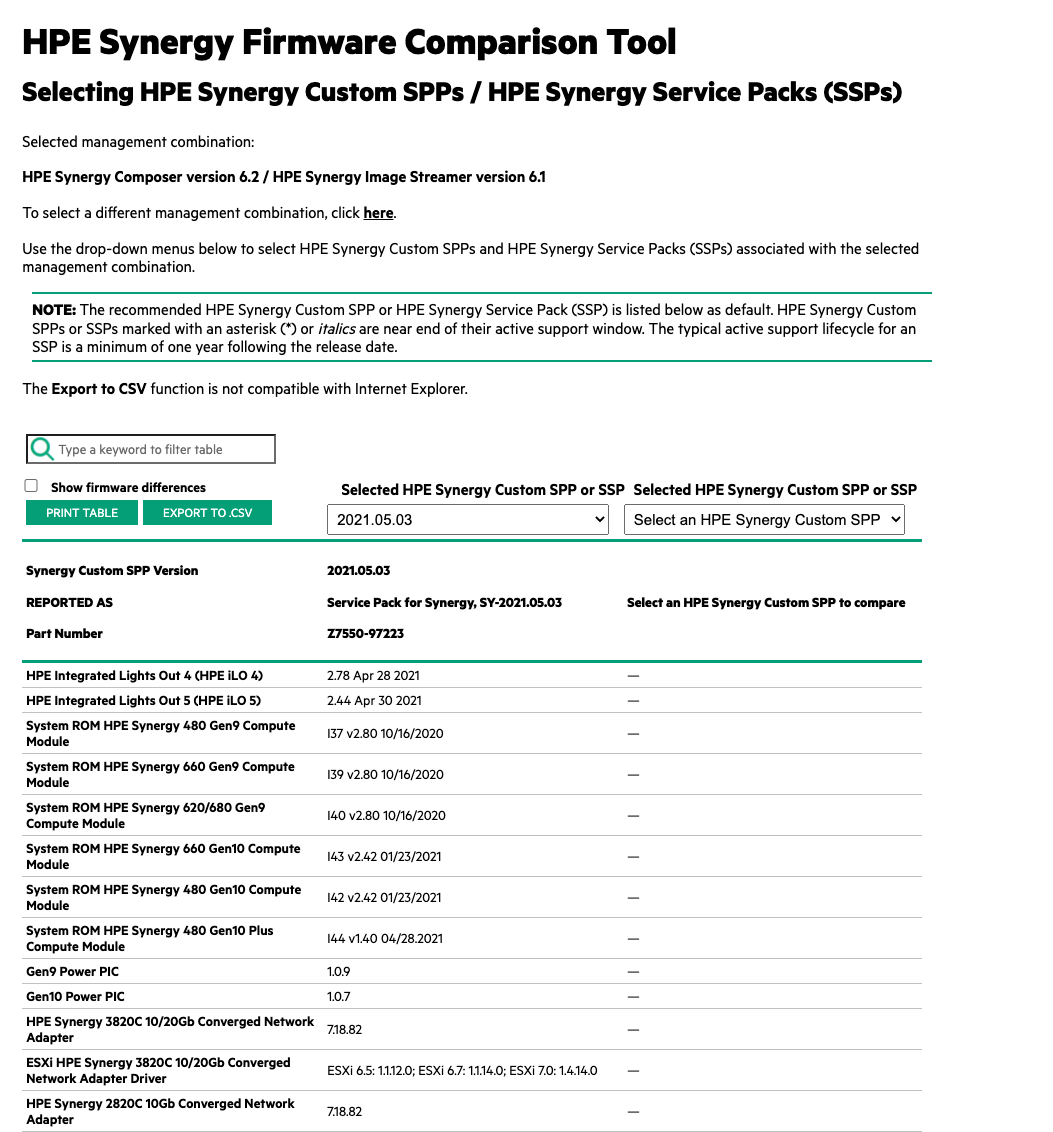 You choose a software package from the right column, and it displays. 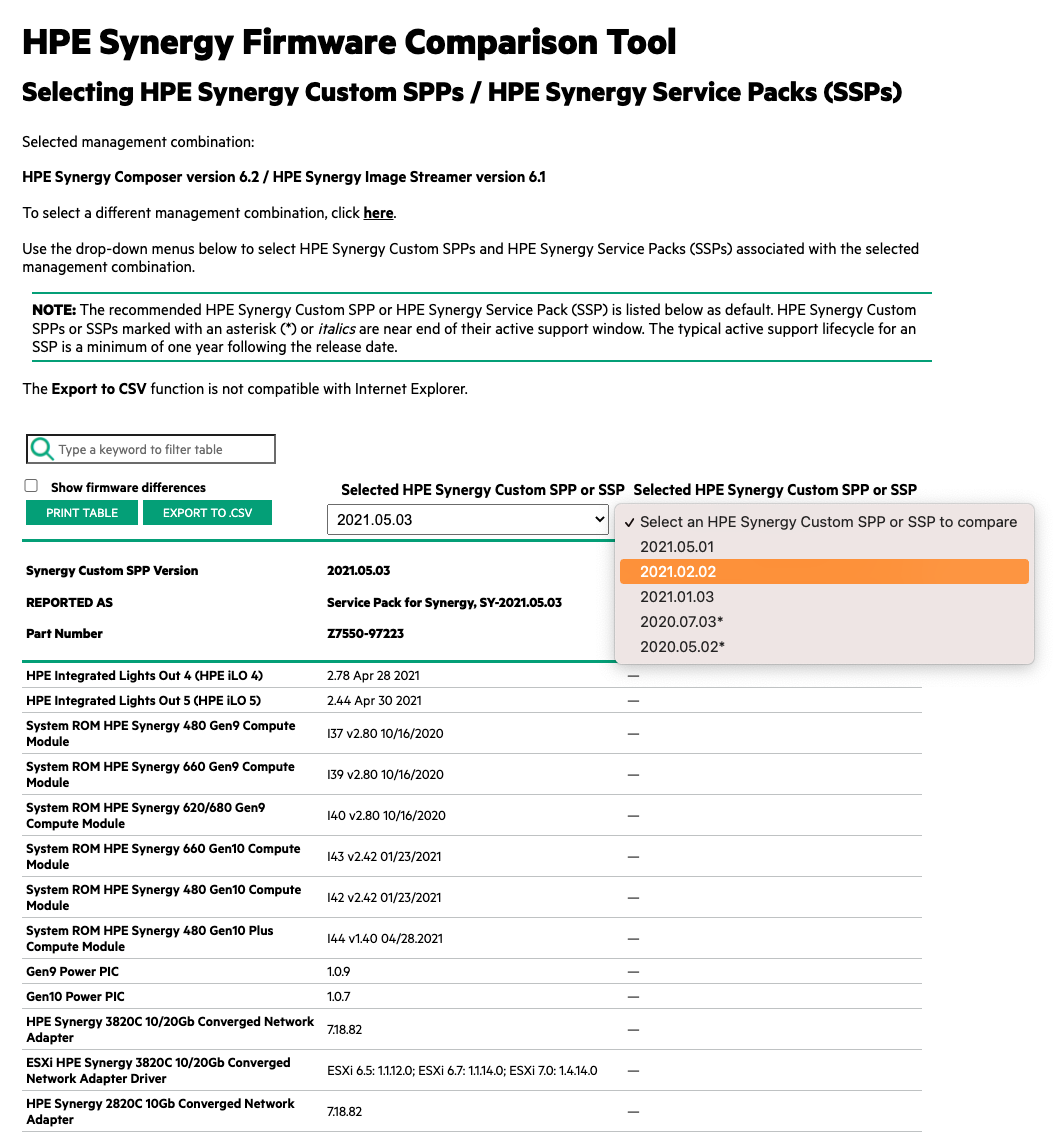 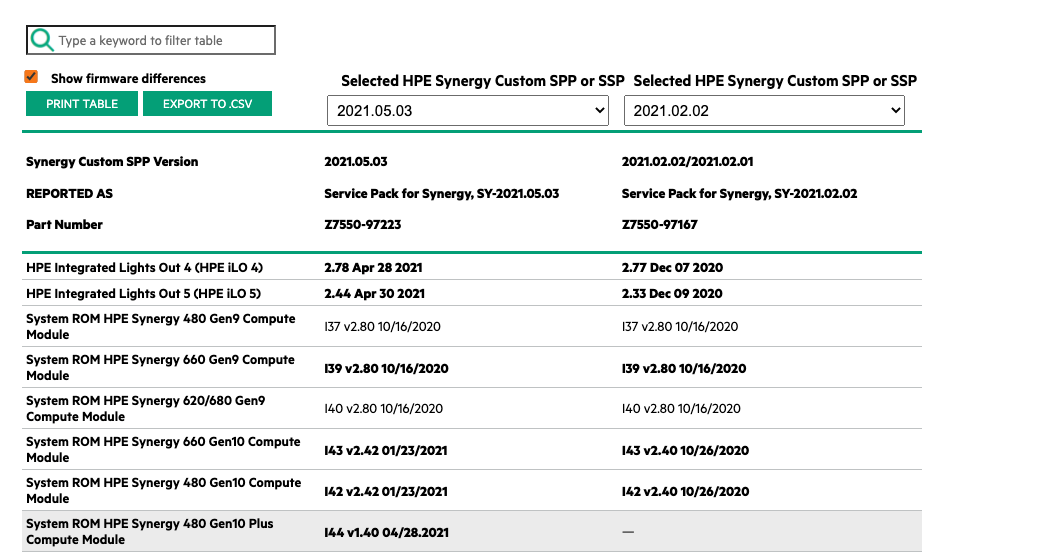 Customers can filter the list by entering a term in the text box. For example, they can review firmware for all of the Synergy computer modules. 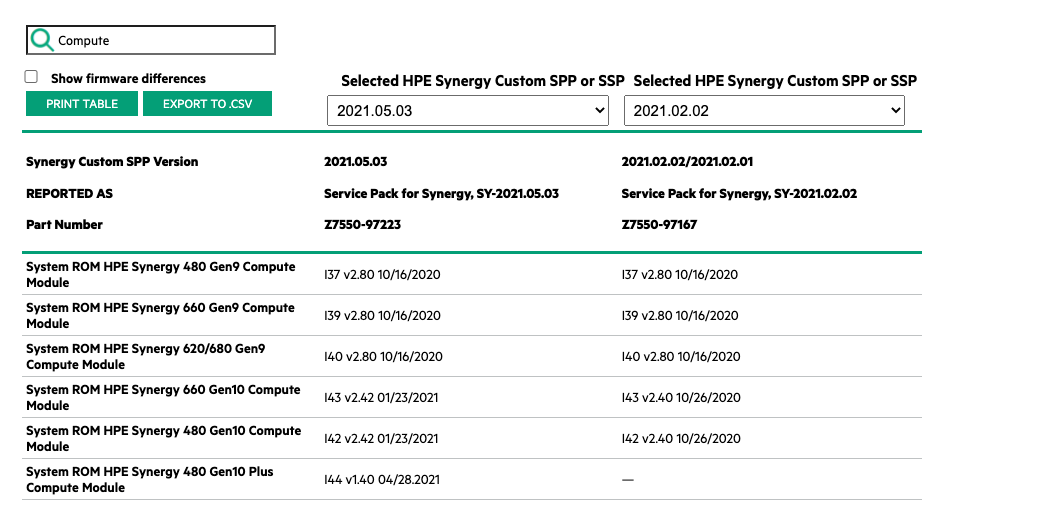 At launch, we received positive feedback from the Synergy software team and the field engineers that work directly with customers. To make it one step better, my PM and I were walking out of work one day and ran into the vice president of the Total Customer Experience and Quality group. She recognized us and thanked us for creating the tool. She said the tool allowed her to understand how the software and firmware worked together.